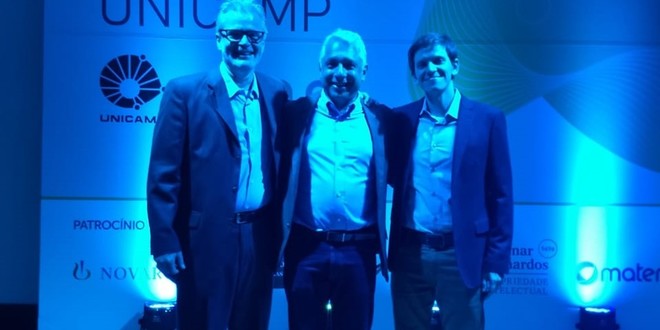 On June 27, 2019, the professors and coordinators of the Laboratory of Image Data Science (LIDS), Alexandre Falcão and Jancarlo Gomes, received the award for inventors in an event of the Inova UNICAMP (University of Campinas). This award is a pioneering initiative that began in 2004, the year of the founding of Inova, to honor the inventors of UNICAMP. This award was in the granted patent category, which also had as inventors João Paulo Papa (associate professor of LIDS) and Celso Suzuki (associate researcher of LIDS). This award comes to crown the main researches from the LIDS laboratory, which for years has been receiving support from UNICAMP, FAPESP (São Paulo Research Foundation) and ImmunoCamp (Immunocamp Science and Technology).